The Azov sea is small and it’s hardly can be called salty. It’s the only sea where you can easily get into through the Donetsk region.

A few historical facts and a bit of geography

The history of the Azov sea originates from the end of the Mesozoic era and the beginning of the Cenozoic era in one of the Black sea coast, while Crimean Mountains were starting their formation. The updrawn territory of the Earth is the bottom of the Azov sea, that’s why it is considered to be not very deep. The depth of it is 8 metres, but in some areas it can be up to 14 meters. The territory covered by the sea is 38000 square metres. Morphologically, it is called as «plane sea» which has low coastal slopes. Seabed relief has the submarine elevations lasting alongside the east and west coasts. 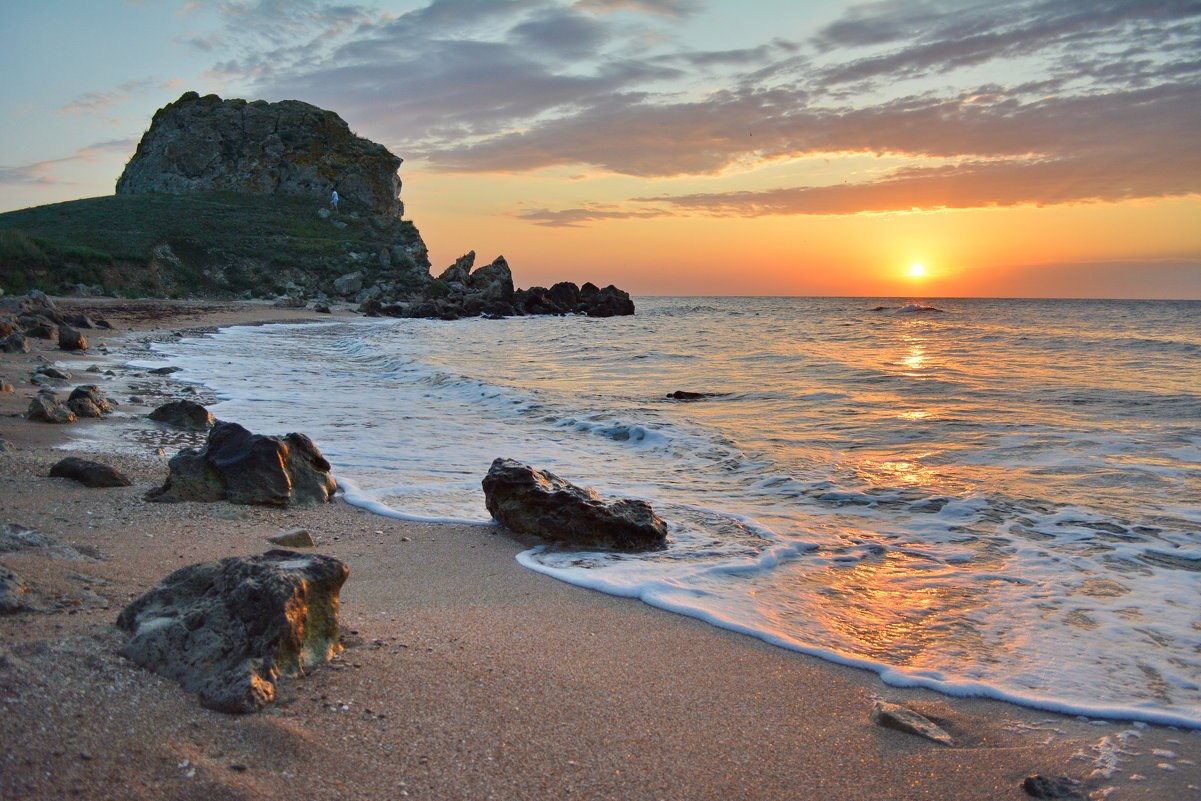 The seacoast is a plain beach, on the southern side of which you can see the hills originated from the volcanic rock. It consists of two rivers: Don and Kuban, due to them the sea became freshwater. This contributed to the development of the living beings in water open spaces. Here there are breams, pikes, sturgeons, roaches and etc.

Since the Asov sea is directly linked with the oceans it has low and high tides, but they are not so vital. Why the water is muddy in this sea? Because of the Don and Kuban rivers flowing across the plains, lime and pieces of clay get in the sea. As the result of the mixing with the remains of germs the dark sludge is created which is located at the bottom of the sea and has the hilling power of the balneal type. As most of the seas and rivers, this sea has the ability to ice in winter period. The ice on it is berthage. You will be safe walking on it in this period.

The nature of Asov sea

Water has the low level of salt, affecting the freezing in the winter month. The first ice appears in the Taganrogskiy bay. In the spring time water instantly heats up. The average temperature of the northern water is 11 degrees above, the south is 12 degrees above. In summer time the temperature of water reaches 32 degrees above. With the help of the natural resources the territory of Asov sea gives good opportunities for economic growth of the south part of Russia. 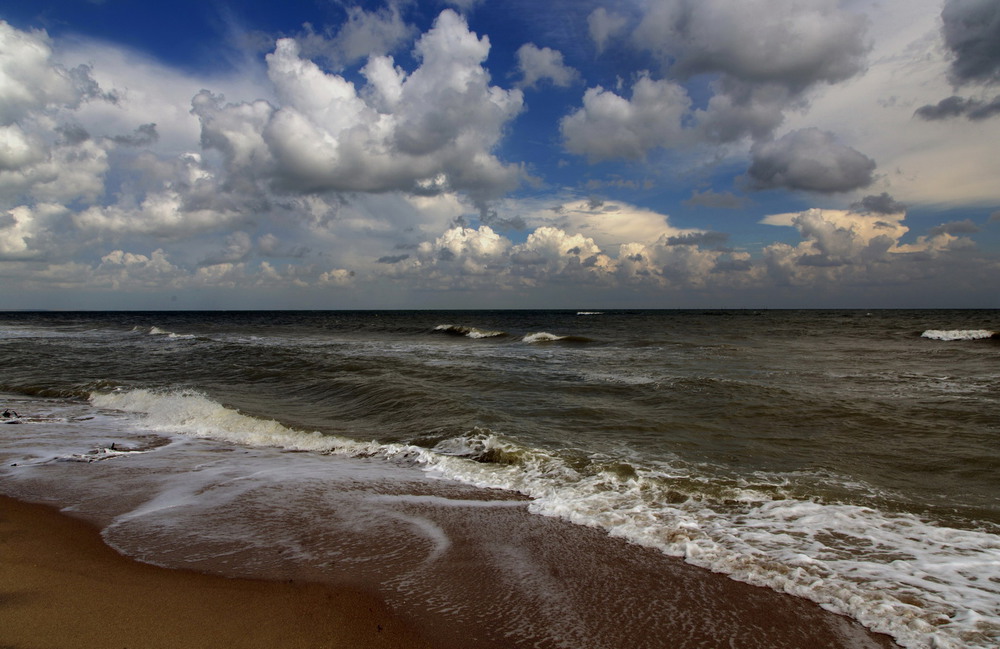 This sea is famous for its unique and diverse fish fauna. Because of the shallow water depth, good blending and warm water temperature and low salt level this sea is famous for favourable environment for growing plants and living beings which are the great nutrition for fish.

A food supply for the fish is some of the invertebrates and vertebrates living beings. The food supply is divided into two categories: plankton and benthos.

The first category is the organisms who have floating or soaring state. They are plants-phytoplankton and animals-zooplankton.

Along the coasts of Azov see you can see points, sand banks, small islands, etc. Moreover, Ukrainian and Russian coastal zones are famous for their dense thickets. Here you can enjoy the beauty of the single bushes (the elder, the blackthorn, the fern, the arum) and the aquatic flowers.

But the animal fauna is poor enough. Generally, there are some of the bird fauna representatives, as follows: gooses, ducks, sandpipers, peewits, brants, mute swans, curlews, seagulls and jackasses. On the beach territories from time to time there are turtles, frogs and crabs.

Recreation on the Azov see

Along the banks of the sea there are two Russian recreation zones – Krasnodarskaya and Rostovskaya. These zones differ greatly from the towns and villages of the Chernomorskaya region.

Krasnodarskaya zone of recreation covers the vast territory of the Azov coast. To a greater extent they are Eyskiy and Temryukskiy regions. The resort hotels and recreation departments of Primorsko-Ahtarsk Taganrog are the favourite places for group of tourists. Because the coastal regions are not protected from the wind, such types of surfing as windsurfing and kite surfing are popular here. The most suitable territory for surfing are Eyskie beaches and also near the Dolzhanskaya and Ochakovskaya forelands. 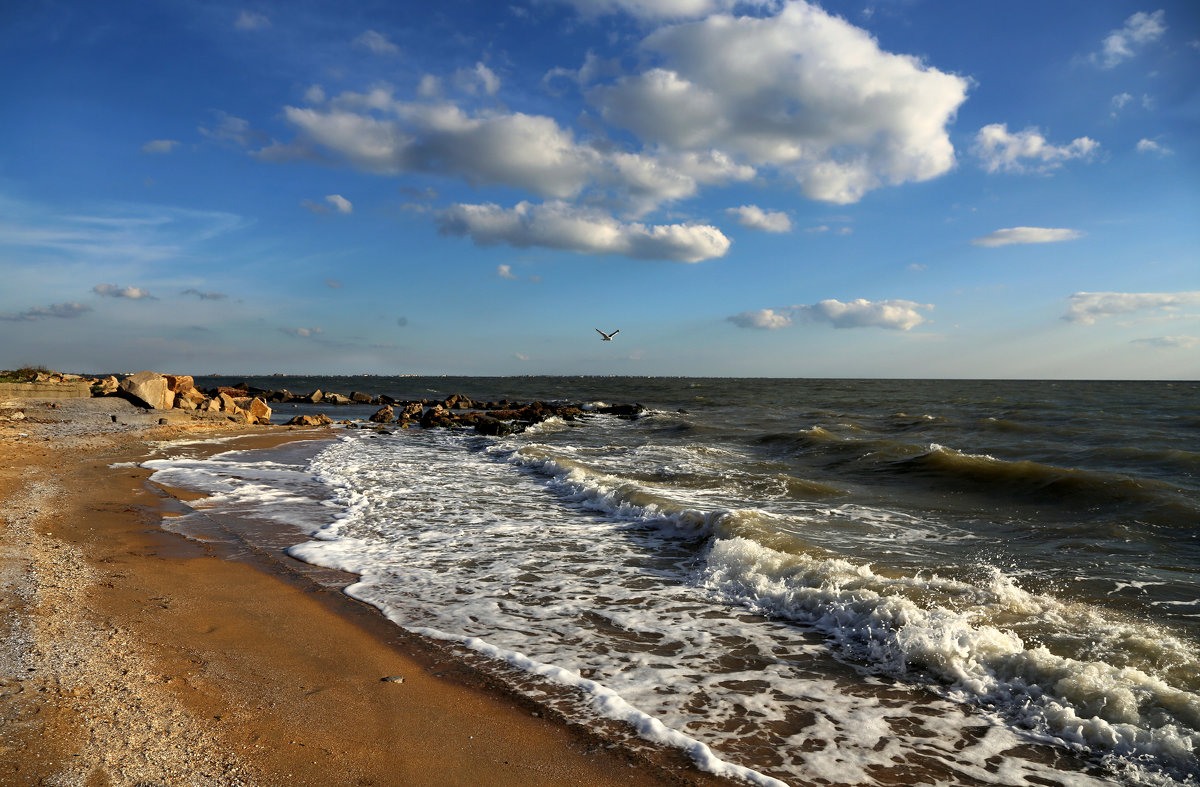 Fishing is very popular activity on the Azov sea. For such fishermen the best place where they can sit with the fishing rod without any troubles. Here you can catch such types of fish as: zander, beluga, carp, pike, etc. Also people successfully combine their recreation with the treatment in the muddy lakes. The most popular is Solenoe lake, it is located not far from Veselovka and Golubitskoe villages.

In these lakes people cure their chronic diseases, diseases of the locomotor system. This mud has high cosmetic properties. Aside from the mud treatment, in Priazovya region people drink mineral water with great healing properties. Curative procedures can be done not only in the spa resort but also at home.

Affordable vacation on the coast of the Asov sea attract the huge amount of the tourists. It is easy to get to the resort using different ways: by train, by car or by bus.