One of the strangest and yet the most common stereotypes about Russia among foreigners is that bears walk the streets of Russian cities.

Indeed, back in the day in the 16th-18th centuries it was not uncommon to see a bear in the streets of any of the major Russian cities. Only the club-footed bears did not walk alone but were accompanied by enterprising young men, who trotted out the bear for people’s amusement and collected money from those willing to touch the animal or to watch it dance. 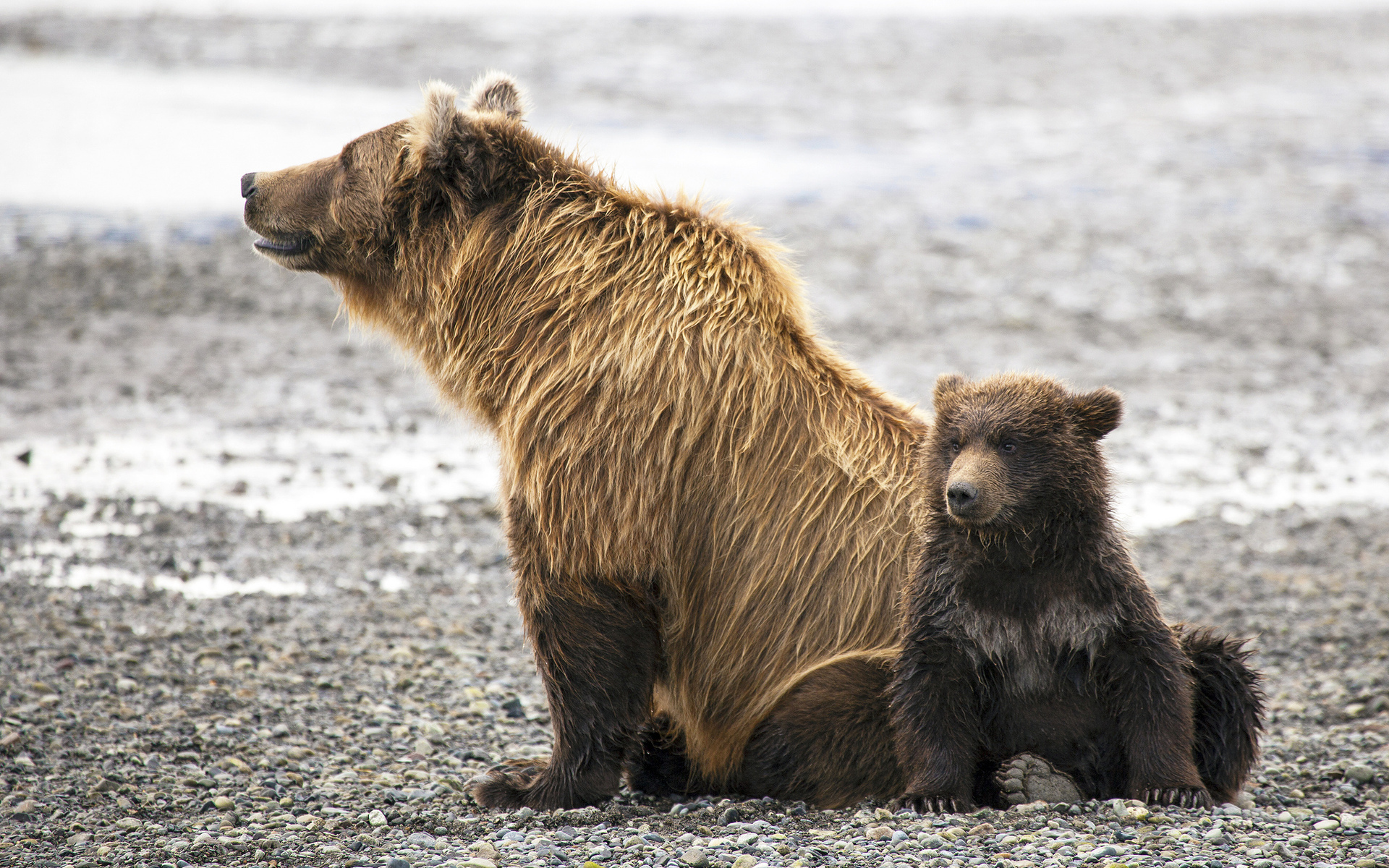 At some point there were so many bears in the streets that Tsar Aleksey Mikhailovich was forced to issue a decree prohibiting “dancing bears”. But resourceful men willing to make money from the clumsy beasts could hardly be stopped by it. So bears kept on walking around the cities of Russia right until the war with Napoleon started. By the way, it was the French who, running away from the Russian troops, brought to Europe the stereotype about bears walking freely around the streets of Russian cities.

Today the club-footed predator turning up in Russian settlements would be a great surprise for the eyewitnesses and, in some cases, even pose a deadly threat to them.

One of the most resonating incidents involving bears in the recent years occurred in Podsolnukh shopping mall in the city of Khabarovsk. On the night of October 14, 2015 the predator broke the door of the shopping mall with its head, sneaked into the lobby, and was calmly strolling the shopping stalls. The bear was eventually shot by the Special Purpose Police unit, although it could be simply put to sleep with hypnotic drugs. Luckily, at the time of the murder the bear was within the fenced-in area and could not escape.

More often, however, the club-footed beasts show up in settlements in summer time. All experts point out that in summer bears are most active and can travel the distance of up to several thousand kilometers in search of food. Approximately until months of May-June, depending on the region, bears roam around freely, destroy rotten trees just for fun, and eat mostly berries. Experts call this period a “post-lair period”. But in summer the predator starts to actively grow fat before the cold season begins which forces them to embark on adventurous hikes all over Russian cities. 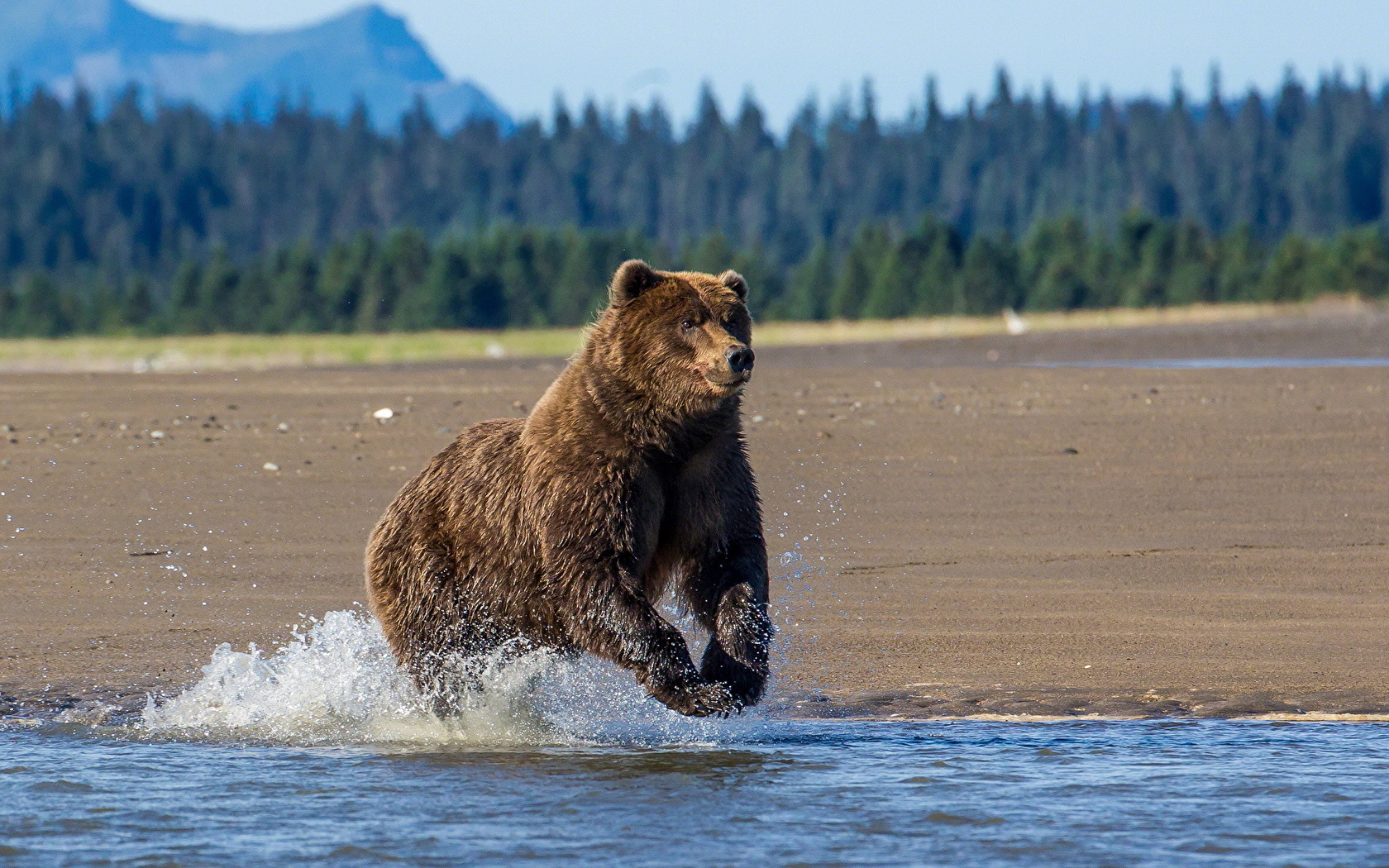 On June 4, 2017 in the city of Vilyuchinsk in Kamchatka Krai a large bear was seen roaming leisurely the city streets, examining the cars parked nearby. Surprisingly, no physical damage was done by the beast despite its size and chaotic movements. Hunters jointly with the police managed to easily drive the unexpected visitor away from the city.

Just recently, on June 11, 2018, in broad daylight in the center of the town of Pechora in the Komi Republic the locals could see a big bear running down the road from a police patrol car, surrounded by sirens and flashing lights. The predator felt so at home in the town that it made it to the city hall and walked leisurely in its vicinity until the onlookers called the police.

A funny incident happened in December of the same year in the town of Snezhinsk in Chelyabinsk region. A bear decided to go into hibernation right within the town limits. The incident was so atypical that it had to be discussed at the town administration level. An emergency response commission was convened in Snezhinsk which decided to guard the sleeping bear until spring comes. Around the improvised lair that the bear built with the materials at hand the experts placed trail cameras, special fences and information boards warning that a bear was sleeping there.

You can often find materials on TV and in the Internet about bears literally begging the drivers for food on the taiga highways. Club-footed beasts block the road in front of a car and do no leave until the driver or passengers feed the keeper of the taiga. The most fearless ones even try to push their snout inside and put their fore feet inside the car window to make sure they get what they came for.

At times such panhandling becomes a family business, and small cubs start to join big bears and no driver can resist their cute clumsiness, forgetting that they are dealing with one of the most dangerous predators in Russia. People feed bears not only with meat but also with cottage cheese, cheese and even chocolate candies.

Many drivers try to handfeed the cubs but, as the practice of our taiga regions shows, they only make matters worse. A well-fed bear will soon grow into a large predator for whom a human is associated with easy food from early childhood. Later such bears attack cars trying to get food any way they can.

To sum up, it must be noted that the comic stereotype about bears in Russian streets is not baseless. As the famous Russian proverb goes: “There is a grain of truth in every joke”. Nowadays not everyone is lucky enough to meet a bear in the street. But the regularity with which news appear about yet another bear roaming around within the city limits suggests that bears, indeed, became entrenched in Russian folklore and have become one of the symbols of Russia for a reason.