Privatization has become a historic step implying the provision of state property of the Soviet Union to private individuals. The process began immediately with the collapse of the USSR in the early 1990s. Yegor Gaidar and Anatoly Chubais are considered to be the main figures, involved in the transfer of industrial facilities, plants and factories to private ownership. Privatization in this regard received an extremely negative assessment, as this resulted in a sharp economic stratification of the country’s population.

Much less attention has been and is being paid to other assets that have passed into the hands of private individuals:

The process began in 1990 with the creation of a special program, developed by a group of economists. In addition to the document, two dozen bills were created, which reached the stage of approval by the Supreme Council. However, the initiative was not endorsed at the highest level. 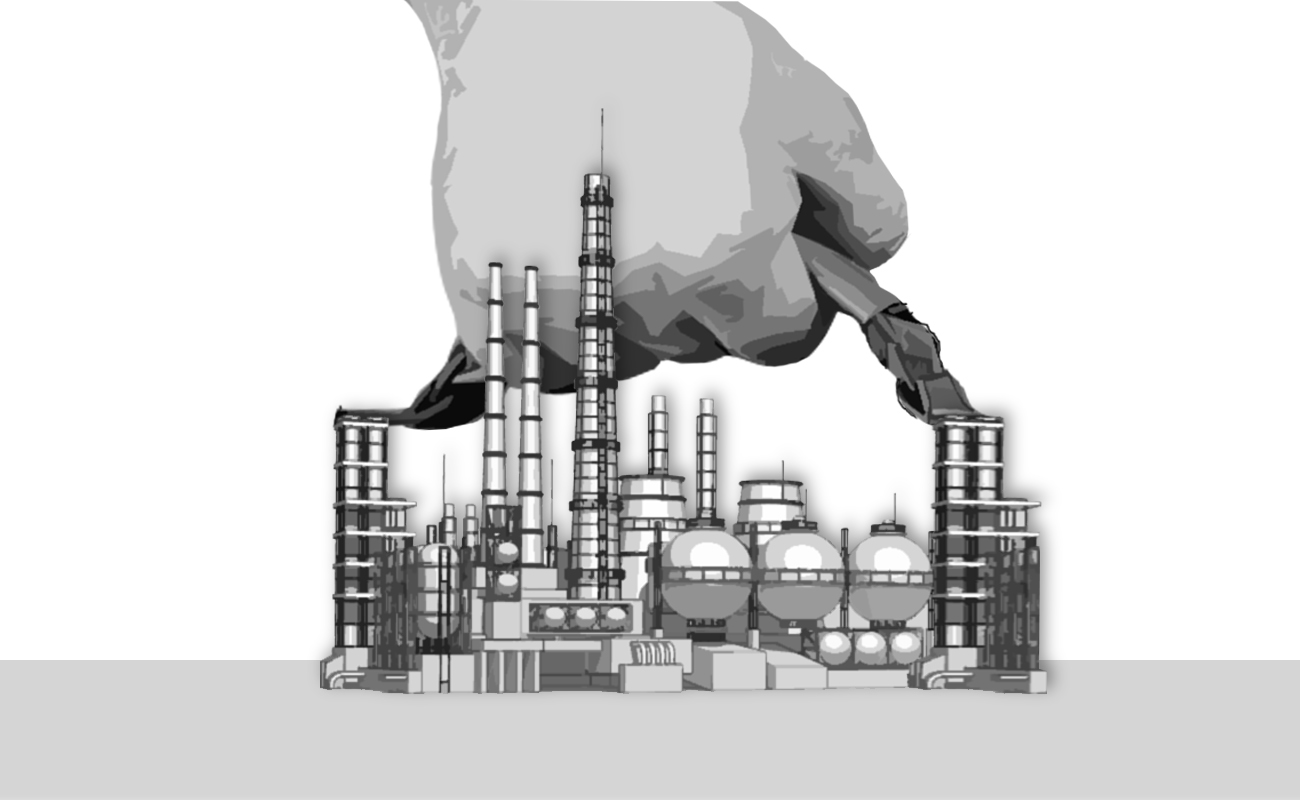 The first practical steps were undertaken four years later, when the law authorizing private property was adopted. The document introduced the concept of privatization of property, implying the transfer of municipal property into private hands. Earlier, in 1991, a bill appeared that approved the authority responsible for the privatization of property – the State Property Committee of Russia (Chubais became the head in 1991).

Privatization of state property in Russia was characterized as extremely unjust and ill-conceived. Some citizens managed to get deserved shares of state-owned enterprises for their vouchers. The others got nothing. There were many subtleties. Thus, in one region you could get dozens more shares than in another. This privatization turned out to be vile and hideous.

The first enterprise that passed into private hands was a joint-stock company on the basis of KAMAZ. It appeared in the summer of 1990, together with the relevant decree of the Council of Ministers. It meant the preservation of 51 percent of the shares in the form of all-union ownership. The rest was sold. A year later a sale of shares to employees was initiated, which quickly turned into a competition for legal entities. This led to 230 organizations becoming the shareholders of the plant.

Chubais’s appointment to the post of head of the State Property Committee marked the stage of accelerated privatization. This was facilitated by the mechanism of asset transfer approved by the relevant decree of the President.

Transfer of enterprises into private hands

In 1992-1994, privatization of enterprises took place in two forms: voucher and small-scale. In order to implement the methods, a program was approved at the state level, which prepared the principles and specifics for transfer into private hands, depending on the size of the transferred organization.

If the organization was small, it was allowed to sell it to private individuals directly or at auction. The employees of the company were allowed to transfer the enterprises. The process was called small-scale privatization.

A number of medium and large companies required a more complex system. Firstly, it was necessary to change the legal form of the company into a joint stock company. Then, the shares were sold. The minimum share capital required to be sold through public auctions was set at 29%. The transactions involved privatization checks called vouchers, hence the name of the method – voucher.

There were groups of organizations that were not subject to privatization at all, as well as those mandatory for transfer into private hands.

The first group includes organizations involved in particularly important industries, such as:

The following objects were privatized on a mandatory basis:

One of the key points of the voucher principle was the need to sell at least 29 percent of the share capital at public auctions. Everything was carried out through vouchers, which were provided to citizens by the start of auctions.

The population began receiving vouchers in October 1992. The distribution was carried out by Sberbank of Russia. To obtain the voucher, the nominal price of which was 10 thousand rubles, it was required to pay 25 rubles. This value was equal to the value of fixed assets of companies per capita at that time. It was allowed to freely dispose of vouchers, especially since everyone was anonymous. Therefore, the sale, exchange and transfer was unlimited in any form. In order to carry out a number of operations, investment funds were launched. The cost of each individual voucher depended on the dollar (varied from 5 to 24 rubles) and ranged from 500 to 29,000 rubles.

For the auction period (the end of 1992 — the beginning of 1994) more than 9,3 thousand events were held, during which 52 million privatization checks were implemented.

The exact values of the cost were related to several aspects:

A negative aspect of this method is the ability of a number of people to get rich in a short period of time, particularly the administrative board and principals who received positions in the Soviet period. By exerting pressure on the administration and individuals, business executives could achieve a convenient unilateral result of voting at shareholder meetings. It is obvious that it was easier for these powerful people to persuade the company’s employees to sell securities at an unreasonably low price.

The small-scale stage began to be carried out in early 1992, and ran counter even to the decision of the Supreme Council that approved the program only in June. Already in April, the first auction in the country was held, the purpose of which was to sale a number of the following enterprises:

The event was held in Nizhny Novgorod, visited by Gaidar and Chubais. Enterprises of these three groups were 60-70 percent sold by the end of 1994.

What are loans for shares auctions?

In 1995, loans for shares auctions were launched, the purpose of which was to replenish the country’s treasury. The bottom line is that loans were issued against shares owned by the state. In particular, large companies such as YUKOS or Sibneft were engaged in this case. State authorities have not returned the loan funds, because the shares were owned by individuals who provided the loans. The result of this maneuver was the emergence of billionaires like Abramovich or Berezovsky. Experts identify a number of unfair moments that did not correspond to the legitimate situation:

— firstly, expropriation of the country’s property by state bodies occurred with an underestimation of value.The competition itself is a fiction aimed at indulging the interests of a number of privileged citizens;

— confidence in privatization was generally undermined, as the results were adjusted to the pre-calculated outcome and were carried out according to the planned scenario.

Continuation up to the present time

It happened that up to 85 percent (at least 7%) of blocks of shares of large oil companies were sold before 2004. A case of an illegal nature called unprecedented in scope of theft of assets owned by the state is indicative. In 2002, companies of the oil industry of the Republic of Bashkortostan were privatized by the 7th LLC which up to this point were not mentioned anywhere. Then they were transferred to the bank.

Coal industry became next to suffer, when 56 percent of production was in the hands of private individuals. This happened after the privatization of a number of state-owned blocks of shares in the framework of the industrial reform, which took place before 2001. In the same year, the transfer of Rosgosstrakh assets started. Nine years later, a little less than half of the company’s shares would be sold at a dozen auctions.

Between 2006-2007, Rosneft, VTB and Sberbank were partially transferred into private hands. In the same year, about half of the country’s power plants and 22 marketing companies were privatized. Meanwhile, some restrictions related to the antimonopoly policy of the authorities were introduced. Revenues in the form of asset emissions eventually reached 25 billion dollars. The process still goes on. For example, by 2012, VTB and Sberbank sold 10 and 7.6 percent of shares, respectively. At the end of 2016, 19.5% of Rosneft securities were in private hands.

Land and its privatization

Before the collapse of the Soviet Union, all the land of the USSR was owned by the state and no one had the right to dispose of it personally. In 1990, the classification of land ownership forms including common one was introduced. A year later, the Land Code was created, which divided the territory of the country into seven categories according to the principles of use. The Constitution of 1993 gave the citizens guarantees on the ownership right.

The Land Code was changed in 2001, the provisions were as follows:

— the most valuable and economically significant territory, industrial and settlement lands, was put into civil circulation (about 2 percent of the state’s territory);

— the principle of unity of real estate and a land plot which it occupies was introduced. It gave the chance to the enterprises to repurchase own property;

— citizens were able to acquire title to the previously granted land, free of charge, only once.

This type of state territories from the very beginning was the most difficult and controversial. The Duma blocked all attempts to legalize the privatization of this area until 2002. Until that time it was possible to regulate the transfer of these territories into private hands by decrees of the head of state.

— the necessity to choose the form of ownership for collective and state farms (kolkhozes and sovkhozes) till the spring of 1992;

— all members of the specified organizations received free share in the form of property and the land.

As a result, more than 115 million hectares were owned by 12 million people. The decree of 1995-1996 allowed to determine the actions that the owners could carry out with their own part, whether it was rent, sale or other options.

Concerning the territories intended for dacha economy and cultivation of crops, the main changes occurred in 2001. Privatization of property became possible on the basis of the aspects prescribed in the Code, that is, citizens could buy the land at a cost that was set by local authorities.

Since 2006, the so-called dacha amnesty has been in effect, allowing the transfer of the territories received before 2001 to private ownership free of charge. This principle existed until the spring of 2018.

In the Soviet Union, citizens did not have their own property. They could not sold private houses or carry out other transactions in their modern form. The situation changed in 1988, when citizens were given the right to sell the occupied living space. But by the beginning of the new decade, less than a percent (0.09%) of the stock was privatized. The process en mass was launched in 1991 with the adoption of the law on the transfer of housing stock into private hands.

The process was voluntary, it could be implemented free of charge only once for each citizen. If the privatization of the apartment did not take place, it was possible to sign a social rental agreement with the current owner, for example, the municipality. Moreover, for an indefinitely long period of time. Privatization of residential buildings, classed as dangerous, and premises of office appointment as dormitories for servicemen was ruled out. By 2015, about 79 percent of the stock had passed into ownership. Free privatization was extended five times due to low rates, and two years later it was extended for the last time, for an indefinite period.