Below is a translation of an article from “Medusa” Russian internet site. The article describes a case of the so-called Ivan Golunov’s case, which was highlighted by many Russian media in 2019, perhaps you were made aware of it as well. I hope you will find it interesting. 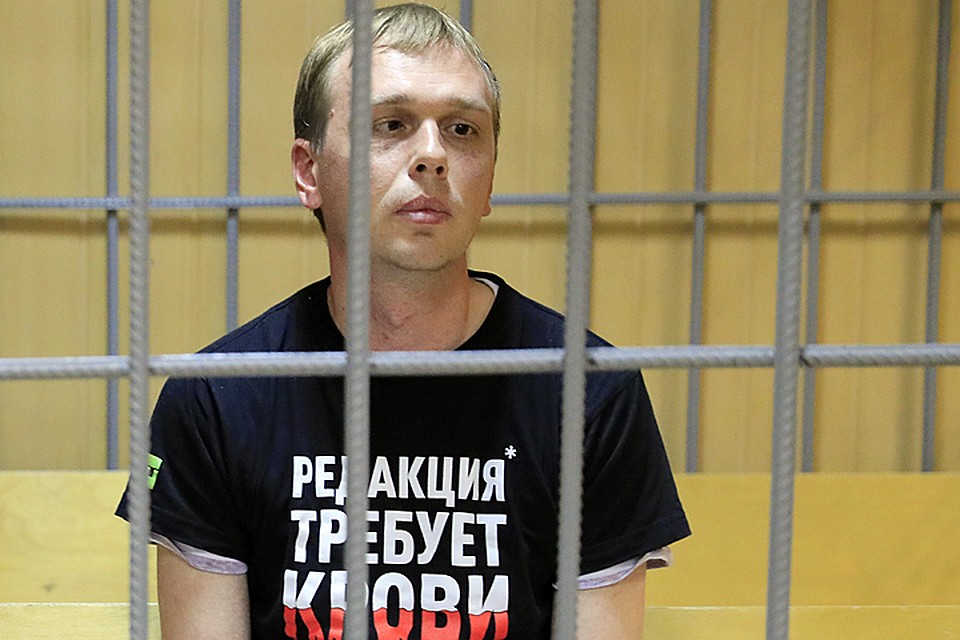 In the end of November “Alpina Publisher” will release a book by Alexey Fedyarov, legal department head at “Rus Sidyashchaya (i.e. imprisoned Rus)” foundation. In this book, he describes searches, interrogations and the way police are fabricating cases. “Medusa” publishes a fragment from a book on policemen who use their agents to set up people and build up criminal cases against them.

Ivan Golunov’s case is very demonstrative. And not even due to roughly made up “embedding” of drugs. What is more interesting is what happened after the internal affairs minister publicly apologized to Ivan and criminal prosecution of the journalist was terminated. There were no expected arrests and formal accusations of policemen, and they are highly unlikely to happen. In most probability, this criminal case will slowly drift and drown, which will be expressed by stopping prosecution due to inability to establish a person to be indicted.

The system skidded for a while, and then moved further along its regular track. Public interest is selective and ephemeral.

In parallel to Ivan Golunov’s case there is another unremarkable and causing no public outcry process, which is at the same time extremely demonstrative—a criminal proceeding of a 27-year-old Ildar Ibragimov from Tatarstan is heard in Presnensky Courthouse of Moscow. He is a topographer, he made business trips to the North, and worked on maps. In fact, he has lived in Moscow for more than a year now. He is on restriction of travel order. And here is why.

In April last year Ildar came to Moscow. On April 05 he was going to return home, but then he met two exceptionally nice and sociable young fellow countrymen at a station. Word by word, they drank some vodka. And then some more. Ildar got drunk. Heavily drunk. He was offered to sniff some powder, which suddenly made him feel better. Ildar lost control of the situation and agreed to buy some more of this substance, so he paid these men two thousand roubles. They took him to Arbat. These men showed him a stash near one of columns. Ildar took it and was immediately grabbed by policemen. His new friends disappeared. There was amphetamine in the package, a bit less than 1.5 grams.

Then he received a court-appointed lawyer, with whom Ildar, being in alcohol and amphetamine daze, at night time, signed an artificial, absurd however operational assumption for police and court hearings stating that he bought the drug via internet, got the package in Filevsky Park, and then stashed it near a column on Arbat, walked around and later returned to get it back. It might sound funny when you read it, but the story is in fact sad. And dirty.

Ildar started fighting when he came to his senses, despite the resistance that came from the inspector and the lawyer. It was not clear who was pushing more, demanding Ildar to keep to confession of his guilt. His relatives found a lawyer in Novosibirsk—her name was Anna Belonogova, but the inspector did not let her review the case and remanded it to Presnensky Courthouse.

But the lawyer made a miracle. Yes, in our times this was like a miracle. The criminal case was returned to the public prosecutor, as it turned out that those two strangers were under administrative surveillance of district police officer Danilochkin, the one who—and this was no coincidence—detained Ildar. Those men who were under Danilochkin’s surveillance testified that it was the district police officer who sent them for “hunting” at the station—to look for drunk men and bring them to him on Arbat where a drug stash was waiting for a victim at a specified location. The instigators’ job was to make a person take a package. After that they disappeared as if they were never there. But in this case, they were found.

Investigative Committee of Russia launched a criminal case against Danilochkin, he is in a pretrial detention facility now. Ildar is staying in Moscow, since April 06 he has been on restriction or travel order. They do not let him go home. He lives at his friends’, and sometimes even stays at hostels. His girlfriend left him, everything got too complicated. He lost his job.

And now the main thing. What did police investigators do to the criminal charge against Ildar? It was remanded to court again. Neither police investigators nor the public prosecutor noticed any sign of instigation, albeit it it exactly what the district policeman is charged with.

Anna Belonogova, the lawyer, said: “It is surprising that even after reviewing the street camera video of detention in court, where it was clearly seen that Ildar was taken behind a column and shown a matchbox that he lifted later on, and a policeman runs up to him thereafter, punches him a few times and throws him to the ground, the policemen testify that Ildar was walking alone, and they came up to him, introduced themselves and showed their IDs, after which they asked him to follow them to a police department. Here is the video, but they say everything was different to what we see”.

Ildar’s case is demonstrative; this is the essence of existing system—not to admit the evident, lie and spread hypocrisy till the end, and make justifiable decisions only when there is no other way out. The court returned the case again, and now police investigators will delay investigation and wait for the procedural decision in regard to their colleague charged with a criminal offense. They will stop prosecution of Ildar only in case if the district policeman is found guilty by a court verdict. Otherwise the system will play back on Ildar, there is no doubt about that.

A case on 3 employees of Federal Drug Control Service Bureau in Saratov region is quite demonstrative as well. In early 2014, during a meeting with their chief, criminal investigators received an order—they should activate their work related to capturing drug pushers. This way, that meeting was described in the sentence, in fact their chief drew a line in the sand: either they initiate criminal cases, or they are fired. Criminal investigators understood the task and decided to take the easiest way, i.e. fabricate cases in regard to their own agents. Age of an agent who is taking drugs is short, and there is no real need to value it.

Investigators used self-made marijuana and hash oil. One case was fabricated by putting 6.9 gr of marijuana into a consuming agent’s pocket, they completed the paperwork: they said they were conducting external surveillance and received information that John Doe purchase a drug from unidentified persons and was going to sell it further. They took the man to a police department and documented seizure of drug substance.

The second case was a den setup, criminal code Article #232. The scheme turned out to be more complicated from an operational point of view. During a week, an enrolled drug consumer agent came to visit his heavily drinking friend tree times and smoked marijuana there; he received the drug from criminal investigators, and after that they took the agent for a medical certification. It was all documented in a police dossier and “implemented” via three alleged examinations of the apartment with forged signatures of attesting witnesses. The agent who helped to “detect” the den was detained later; he had hash oil.

However, shortly before these events happened, Federal Drug Control Service criminal investigators got into interest area of regional Federal Security Service. All actions were documented. The criminal investigators did not plead guilty, they could have received long stretches, but instead they were sentenced from 5.5 to 6.5 years of imprisonment. That was the least they could get for such a criminal case.

Criminal cases in regard to all three persons unlawfully charged with a criminal offense were terminated.

It seemed to be a happy end. Nothing moved further after these three cases were closed. No one would revisit criminal cases at this department, as well as check criminal cases raised after actions taken by these police investigators. No revisions are made in regard to cases of a district police officer who fabricated Ildar Ibragimov’s criminal case. When launching similar criminal charges, there is no control system at all. Prosecutor’s oversight is fake, and official inspectors are tied up as they have the same goals as those who fabricate criminal cases—statistical metrics.

As a result, anti-drug legislation and law enforcement practice are in fact decaying Russia’s legislative system as a whole. They define such low requirements to proving a crime and such ample powers of policemen that everyone happens to be unprotected.

The system requires remodelling. Statistical indicators, their role in activity of law enforcement establishments, goals and tasks of criminal intelligence and law enforcement authorities must be reconsidered.

Changes to legislation, i.e. outlining reasonable punishment, introduction of rehabilitation facilities for drug-addicted persons, following civilized law enforcement standards, effective control at detective squads and investigational agencies’ activity, ensuring independence of courts and uniformity of case law—this all sounds to be something declarative and unachievable, but this is something to strive for. Other ways lead to an abyss.