Nuclear weapons – sounds menacing. This phrase carries fear and danger. Nevertheless, it is not only a weapon of mass destruction, but also the result of scientific research, scientific advancement and progress. Research on nuclear technology contributes to progress, which has resulted in the emergence of new types of nuclear weapons in Russia in a short period of time. Strategic nuclear weapons are a kind of defense of the country from enemies. In addition to the classic types of weapons, in recent years many new categories of nuclear weapons have emerged, which are gradually being introduced into the technical equipment of Russian military equipment. 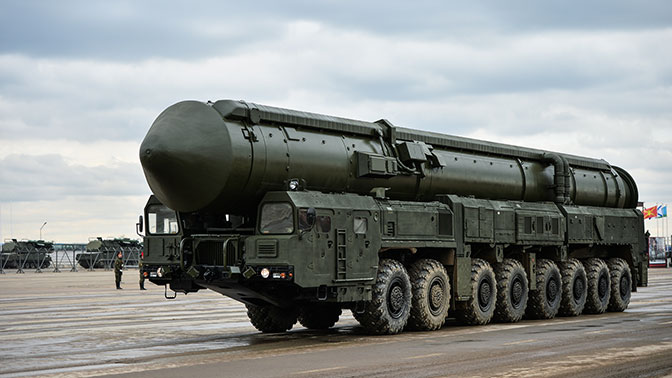 Topol-M missile system appears to be a nuclear weapon.

We can safely say that Topol-M is an improved version of Topol, which was developed at the Moscow Institute of Thermal Engineering. Despite the fact that the project developers had limitations on the size of the complex, they found a way to make it more powerful not at the expense of size, but at the expense of increased stamina in the event of an enemy attack. In addition, the Topol-M missile is capable of overcoming anti-missile defense systems. The missile system can cover a distance of a maximum of 11 thousand km.

Since progress does not stand still, Topol-M cannot be called an ideal rocket satellite. Many experts believe that the complex is considered the best due to the lack of alternatives. The Topol-M missile is an improved version of Topol, with optimized parameters, but it was unable to make a revolution in nuclear weapons.

What does the Topol-M missile complex consist of:

The mobile-based Topol-M is located on an MZKT-79221 off-road chassis with 8 axles. The container in which the rocket is located is made of super strong fiberglass. Rocket weight — 120 tons, length — 22 meters.

Due to the maneuverability of the installation and high cross-country ability, it can quickly leave the zone of a possible enemy strike.

“Topol-M” is able to start from any place that is equipped with masking means against optical, radar and infrared detection means.

Well-established production of rocket launchers carried out at the factory «Barricades».

For 5 years already, since 2013, special masking and engineering machines have been helping missile units, where Topol-M mobile installations are located, to prevent detection of traces of missiles and provide a false location, which will be detected by enemy reconnaissance. 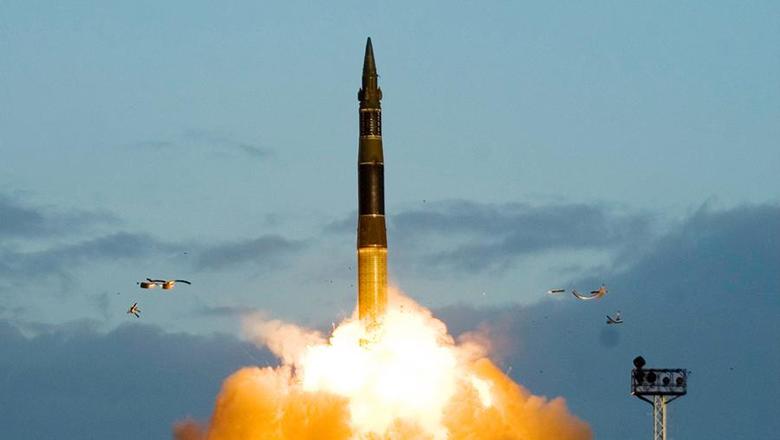 On the Topol-M, the wedge of light did not converge. The modern world does not stand still and in it constantly appear advanced types of nuclear weapons in Russia. These include such as:

RS-26 Frontier has an increased accuracy of hitting the target. In the Russian army in service since 2014. In terms of replacing these missile complexes «Yars» and «Topol-M».

BZHRK Barguzin planned to be among the weapons from 2018, but at the moment its production is suspended.

Avangard is a rocket launcher, an innovative weapon with increased efficiency. The range of the installation is up to 25 thousand km.

The modern types of nuclear weapons of Russia also include missile systems that are installed on the seabed. The complex is in the standby mode, and when the team hits the ground target or the ship. For the first time the rocket carried out a trial launch in 2013 from the bottom of the White Sea. By 2018, the development and improvement of rocket bottom complexes continues. 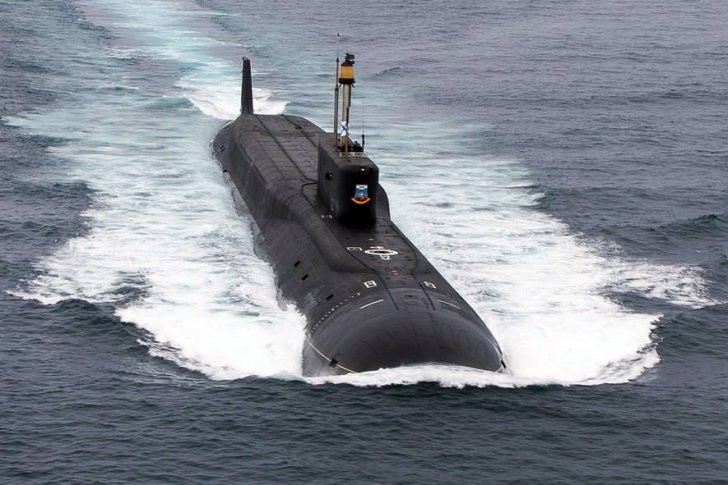 Completing this list is a mobile missile system that can be moved in space. This is its main advantage. At present, Russian developers are creating trial marine and railway complexes, as well as conducting successful tests that enjoy good feedback from experts in the nuclear industry.

Modern nuclear weapons of Russia also include the solid-propellant ballistic missile R-30 Bulava. The peculiarities of the rocket include its ability to carry 10 nuclear units, which can perform different at the rate and height of maneuvers. “Mace” has a range of at least 8 thousand km.