Shchetinin Mikhail Petrovich is the author of a new pedagogical methodology for the personal and patriotic development of children and teenagers. The program of Shchetinin’s school is based on the free choice of the kind of activity using work skills, athletic training, and creativity development. The main part of the innovative program is the pedagogy of cooperation with immersion in different subjects and the combination of several special schools into one. Thanks to the information dissemination on the Internet and television, Shchetinin’s school in the vicinity of Gelendzhik became widely known. 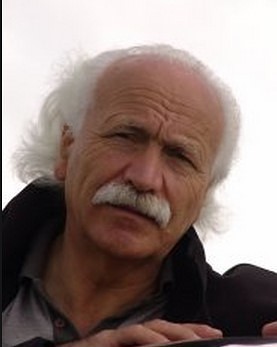 Shchetinin Mikhail Petrovich was born in a Cossack family in the years of the Great Patriotic war (1944) and spent the entire childhood in the village of Novyi Biryuzyak (the Kizlyar district of the Republic of Dagestan).

After military service, he entered the music academy but had to interrupt his study due to the worsening disease of hands. In 1966, he had started the teaching profession at the music school, by studying at the correspondence faculty of the Pedagogical Institute simultaneously. Since that time Shchetinin’s passion for innovative teaching methods had begun.

In 1972, he was appointed the Headmaster of the Kizlyar music school in his native Dagestan. Shchetinin opened the first lyceum of arts on the basis of this educational institution. The first success was not long in coming: the new teaching method had affected children’s ability to learn beneficially.

A year later, he had graduated from the Saratov Pedagogical Institute and had begun teaching music and singing to the accompaniment of an accordion. Over the next year, he continued working in the music school and summed up the first results of his trailblazing experiment.

Since 1974, he had become the Headmaster of school complex in the village of Yasnye Zori of the Belgorod region. Shchetinin has already formed ideas on how to develop self-sufficiency in the student through the knowledge of art, music, singing, dance, and sports. It is also very important for a harmoniously developed person to take part in the system of school governance and study several subjects. The classes for students were held at the «departments», which became the beginning of the immersion method.

In 1979, he had taken a degree in the Academy of Education. His pedagogical system has becoming known in Moscow, but the innovation of the method is still perceived negatively by society. The authorities decided to close the school complex, and the author received the appointment to the Ukrainian village school in Zybkovo. However, Shchetinin did not back off his idea and continued the experiment on the introduction of the immersion method in the educational and labour boarding school.

In 1986, the information about Shchetinin’s school spread throughout the Soviet Union. But bureaucrats from the Ministry of Education reacted negatively to the new system of education and closed the boarding school, had forbidden the author to continue teaching. In the same year, the academician Petrovskii invited Shchetinin to the post of senior research scientist at the Research Institute of the Academy of Education. During this time, he was able to summarize all the experience and expand the pedagogical method of cooperation. Later he published the book «Seize the Unseizable», based on the study of the world views of Nicholas and Helena Roerich.

After a while, Shchetinin managed to become the Headmaster of the school of the Cossack village Azovskaya in the Krasnodar Krai. The educational institution was being reformed according to the author’s system, but it caused dissatisfaction among the parents of some students.

In 1990, the school was divided into two parts: one was taught according to the method by Shchetinin, and the second one used the classical educational standards. Thus, the Center of the complex formation of children and teenagers personality had started its work.

A year later, he received the status of the academician.

After the disagreements at the conference in 1994, Shchetinin had to go to the village of Tekos near Gelendzhik, where he opened a Russian ancestral school-lyceum (a boarding school).

Teaching was conducted in the former barracks. A few years later, the Headmaster and students built a new building for the school. In 2000, the school gained worldwide fame and was awarded the recognition by UNESCO. Shchetinin is the permanent Headmaster of this educational institution.

The Pedagogy of Cooperation is the Basis of the Innovative System

The school has its philosophy: education is necessary for the formation of a harmonious, integral personality with systemic thinking.

The Ideas of the Method:

In the end, the student himself/herself creates his/her system of education. And school only helps in useful endeavors.

The pedagogy of cooperation is based on the following principles:

The effectiveness of the method is visible in the students. They are capable of cooperation and productive thinking, sociable, and opened to others, can create something new, and take responsibility for their actions.

Creation of a New Type of Community School

Experimental projects, in which innovative pedagogy of cooperation was applied in practice, helped Shchetinin to create a Russian ancestral school.

The learning process in the school is based on:

By learning according to new methods, the child realizes by himself/herself: one need to live in the present moment, not in the distant future. School teachers help the student to be realized, taking into account his/her strong natural inclinations.

The human is a part of the Universe; therefore, it is very important to believe in the unity of the whole.

How the School Has Become the Ancestral One?

Each person has his/her past and ancestral roots. The race memory helps to gain the spiritual force accumulated by previous generations.

In the Ancestral school, it is agreed to honour the older generation, the parents through love without judgment. The purpose of pedagogical education is to establish strong relationships between children and parents so that the child is proud of his/her family and name.

Some people believe that Russia’s strength lies in its unity, the connection of generations and the preservation of history. Every Slav should take care of his/her Homeland and his/her roots. Such principles formed the basis of the school in Tekos; it became a Russian community, a single spiritual family.

Thanks to this unity, the student gets the opportunity of the greatest disclosure of his/her talents. The interest in learning is given through a special method of immersion.

Learn More about the Immersion Method

The idea of building the educational process by the immersion method arose in the middle of the 19th century by Pisarev D.I.

Shchetinin collected all available research on this issue and formed his system. During the year, the student is immersed in the same subject 4 times. It all begins with an introduction to the subject, then the deepening and creative rethinking of the knowledge happened. It creates a figurative perception of the subject through music, dance, sports, and labour. The guys who managed to learn the subject before their comrades, help them to overcome the barriers. Help to the neighbour is highly developed in the school.

Each immersion lasts for 7 days and ends with an examination.

1. Students immerse into the subject:

2. The group gets out of the immersion:

3. Summing up of the immersion results:

The school does not have calls and homework, the common division into classes and special rooms. Children can study outdoors or in the room. They try to study the subject on their own. The teacher acts as a mentor, adviser. The main subjects are the Russian language, literature, and Russian history. Lessons last about 30-35 minutes. Students use free-time for self-development.

First of all, all students receive a historical speciality, and the second subject they can choose independently. At the age of 14, the children have already received their first higher education, have practical knowledge of several working professions (seamstress, carpenter, finisher, etc.) and the self-defence skills on the basis of the hand-to-hand fight.

What Does the School in Tekos include?

The centre by Shchetinin consists of scientific-production communities (lycee and laboratories). The Cossack Lyceum is considered the most important one. All communities are part of the association.

The educational process is free for all students.

Learning schedule is quite intense, without holidays and weekends. Parents can see their child several times during the year. After entering the ancestral school, each student passes the adaptation period for 14 days.

Dissemination of an Innovative Approach

At the moment, the single training centre that works according to the system by Shchetinin is located in Tekos. This pedagogical method is considered the most effective internationally by UNESCO. Students are children from Russia and neighbouring countries. From 4,000 persons willing to enter, only 300 can do it.

Many regions would like to open the affiliated branches of such a school. But Shchetinin primarily appreciates the quality and still doubts the necessity to create similar training centres in other places. The Ministry of Education supervises the activities of the school and provides it with state grants, but several times the activities of the Russian school was suspended for various reasons. This all leads to an ambiguous assessment of its future, but I think the school of the academician Shchetinin will be all right.