In Russia, the number of political prisoners increased sharply between 2017 and 2020. They became 2.4 times more. 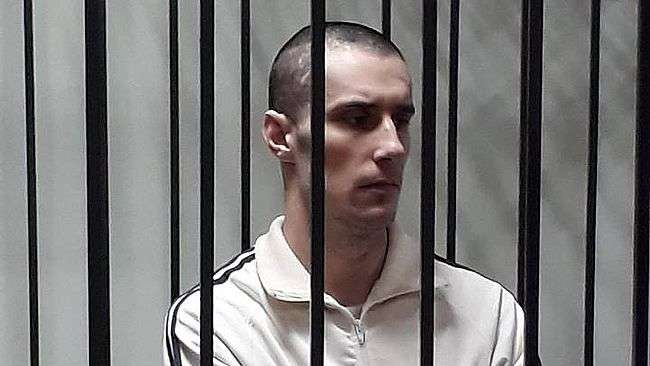 According to human rights activists, the state of the Russian law enforcement and judicial systems makes it likely that the account of innocent people and people whose guilt has not been proven in accordance with the law, in the country is at least tens of thousands.

Such assessments are confirmed by human rights experts and those who, having become victims of this system, were forced to learn it from their own experience. The situation is aggravated by the fact that every year an increasing number of criminal cases are considered by the courts of the Russian Federation in a special order, without examining evidence. In 2018, almost 88% of sentences were handed down in this order. However, neither the accused nor his lawyers, nor even human rights defenders do not have the ability to assess the validity of the charges, the presence or absence of falsification and significant violations of the law, and therefore under the specific circumstances of criminal prosecution recognition criteria for political prisoners.

Sergei Davidis, head of the program for supporting political prisoners at the human rights center, told Ekho Moskvy radio station that the report published by Memorial analyzes various aspects of the situation with political repression. «The growth is due to the persecution of religious minorities, peaceful Muslims on unsubstantiated charges of terrorism, and accused of extremist activities of followers of the banned cult of Jehovah’s Witnesses in Russia», — Davidis said. In addition, the number of «persecutions of participants in peaceful protest actions in Moscow, Ingushetia, and other places is added to this list of political prisoners.

Human rights defenders draw attention to the fact that during «political repression» the rights of citizens to prohibit the use of torture, freedom and personal integrity, as well as the right to a fair trial is violated. Confessions extracted by torture have long been the norm in Russia.

The defendants are forced to agree to the consideration of cases in a special order.

The special procedure of legal proceedings in Russia has been actively applied since 2002. According to it, the accused fully agrees with the prosecution, and the sentence is passed without examining the evidence. Such a sentence will not be able to appeal on the merits, while the defendant hopes to receive a lenient sentence.

Recall that the chance of acquittal in Russian courts in 2018 was no more than 10%. As a result, the share of persons in a special procedure increased to 71%: in 2018, out of 682 thousand convicted persons, 485,000 agreed to a special procedure of legal proceedings.

However, the consent of the accused to the consideration of his case in a special order does not mean the guilt of the defendant, and even more so the proof of guilt.

Investigators use long-term detention in strict conditions of a pre-trial detention center as a method of pressure on the accused to force them to choose a special procedure of legal proceedings.

Moreover, the special procedure for considering the case provokes the accused to stipulate not only himself but also other persons involved in the case.

For example, the United States has already recognized the perniciousness of a special procedure for reviewing cases: there, from 2010 to 2018, 1,184 innocent convicts were acquitted, 367 of whom had previously entered into a plea deal.

In addition, it is reported that investigators poorly filter criminal cases. Termination of a case with rehabilitation is unprofitable and occurs only in 0.2% of cases. The Prosecutor’s office cancels only 1% of open cases initiated by investigators, although it actively cancels refusals to initiate cases — 1.4 million (21%) in 2018. At the same time, the refusals themselves mean that the pre-investigation check of the message did not establish the fact of the crime, the suspect himself, or the security forces have doubts about the ability to prove guilt.

A kind of filtering method is the refusal to initiate a case or its suspension, but this often does not mean a plea of innocence, but that they cannot or do not want to work on the case. Investigators stopped only 1,760 cases (0.19%) in the absence of an event or a crime. In 2011 this level fell by about two-fold: it is noted that the stop had been initiated and the criminal case is not beneficial to anyone, and the investigator terminated the case due to lack of evidence, expect problems.

In addition, prosecutors return only 4% of cases to investigators, and this does not oblige them to stop the prosecution. The investigator did not keep any formal investigation period, which can be extended, with no maximum period of detention of the accused in jail. The Prosecutor also does not have the right to dismiss the case.